There are two bosses in AoD, the Troll Boss and the Spider Boss. Not to be confused with minibosses.

Bosses reset every 2 hours on US and EU servers, and many players will group up and rush the bosses right when the server resets.

The bosses can be found on Floor 1 (Troll) and Floor 2 (Spider). To find them, you will need a compass, which can be found in dungeon shops. Follow the North needle to find the boss on that floor.

Boss' HP and rewards are based off a hidden formula that relates to how many players are online and what level those players are. 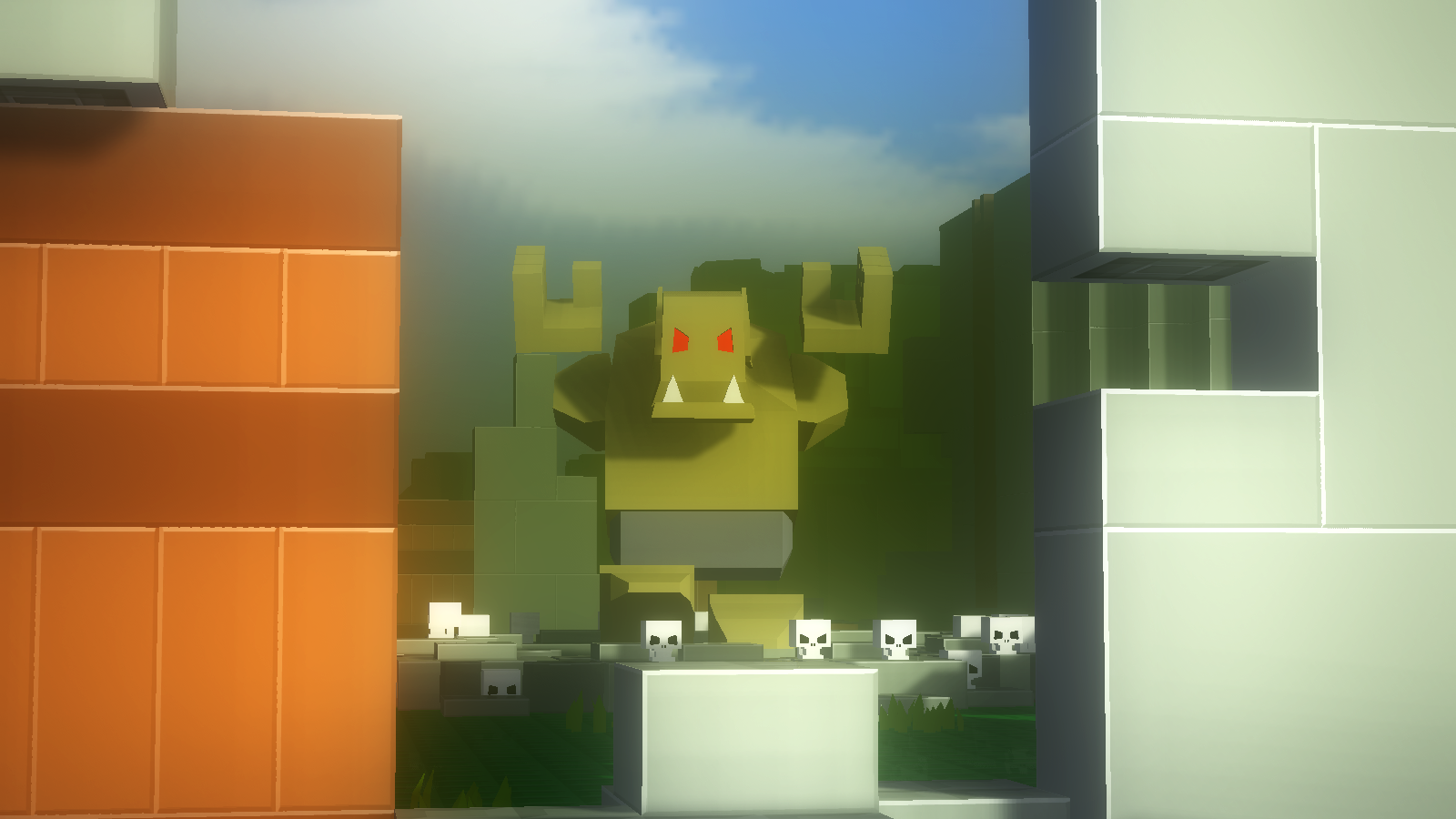 The Troll boss throwing a boulder

The Troll boss seems to randomly target a player within range and has two forms of attack, directly hitting you, or throwing boulders. Both have a slight area of effect. It will usually resort to hitting a player directly unless that player is too far away, or out of the main boss fight area in the square. The boulders have a strong knockback and violently shake your screen. 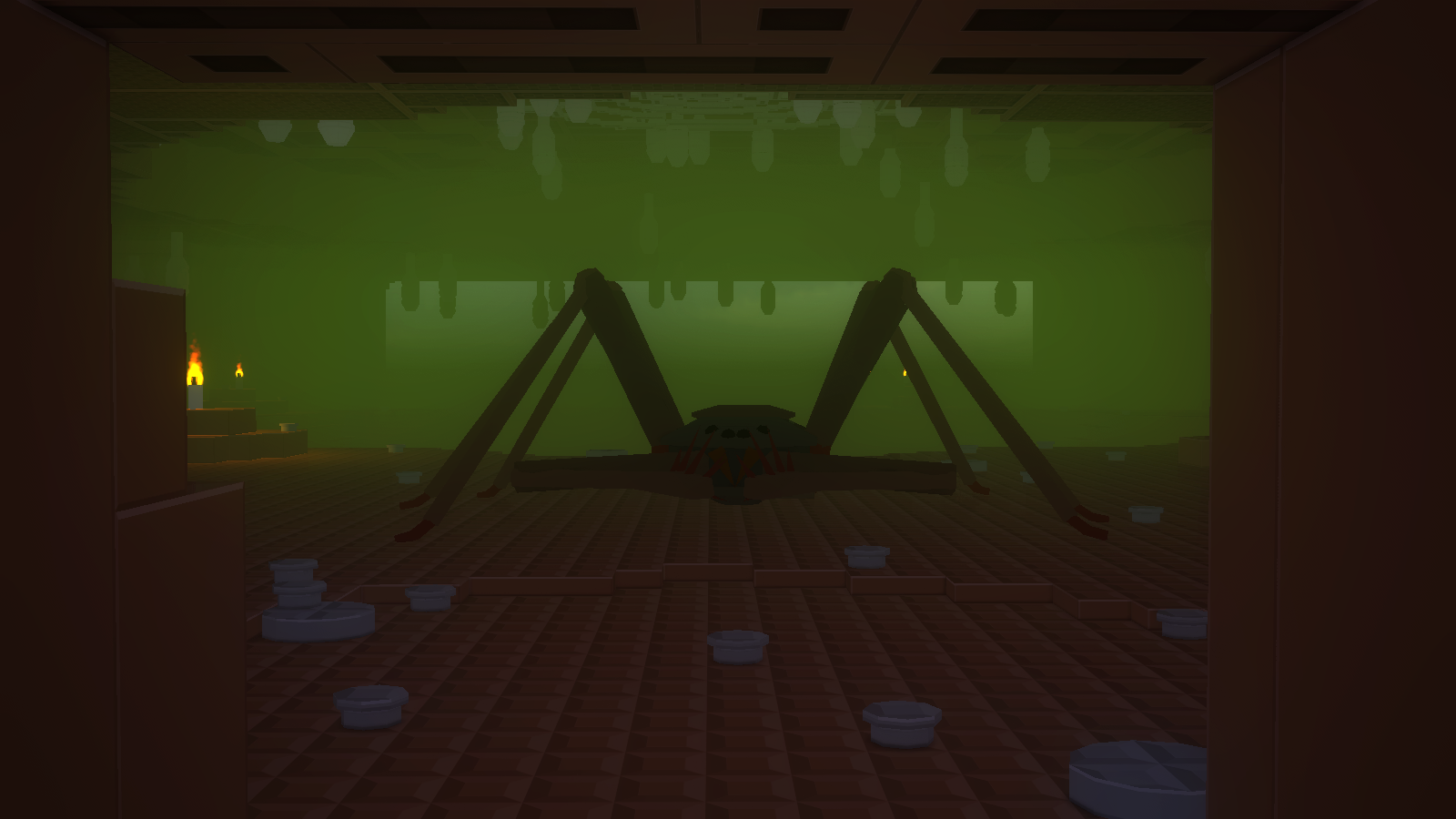 The Spider boss with a grabbed player

The Spider boss has 2 stages, on the ground and on the roof.

In stage 1, the first half of it's health, it will be on the ground. It will run out and grab a player then run back to the center of the room and hold them in it's mouth as it heals slightly from eating. After a short time, the player will be spit out, and the spider boss will hatch a bunch of tiny spiders to attack the players and will shoot poison balls that apply 11 poison each. Shortly after the boss is finished spitting out poison, the boss will grab another player and repeat until under half HP.

Stage 2 is very similar to stage 1, but once under half hp, the spider boss will hang from the ceiling. It will still jump down and grab a player and go back to the center of the room, but this time it will be on the roof and can only be hit with magic or arrows, unless players with swords jump off of each other to reach it. It will continue to follow stage 1, where it grabs players, then spawns spiders and shoots poison, the only difference is it'll be out of reach of most melee players.