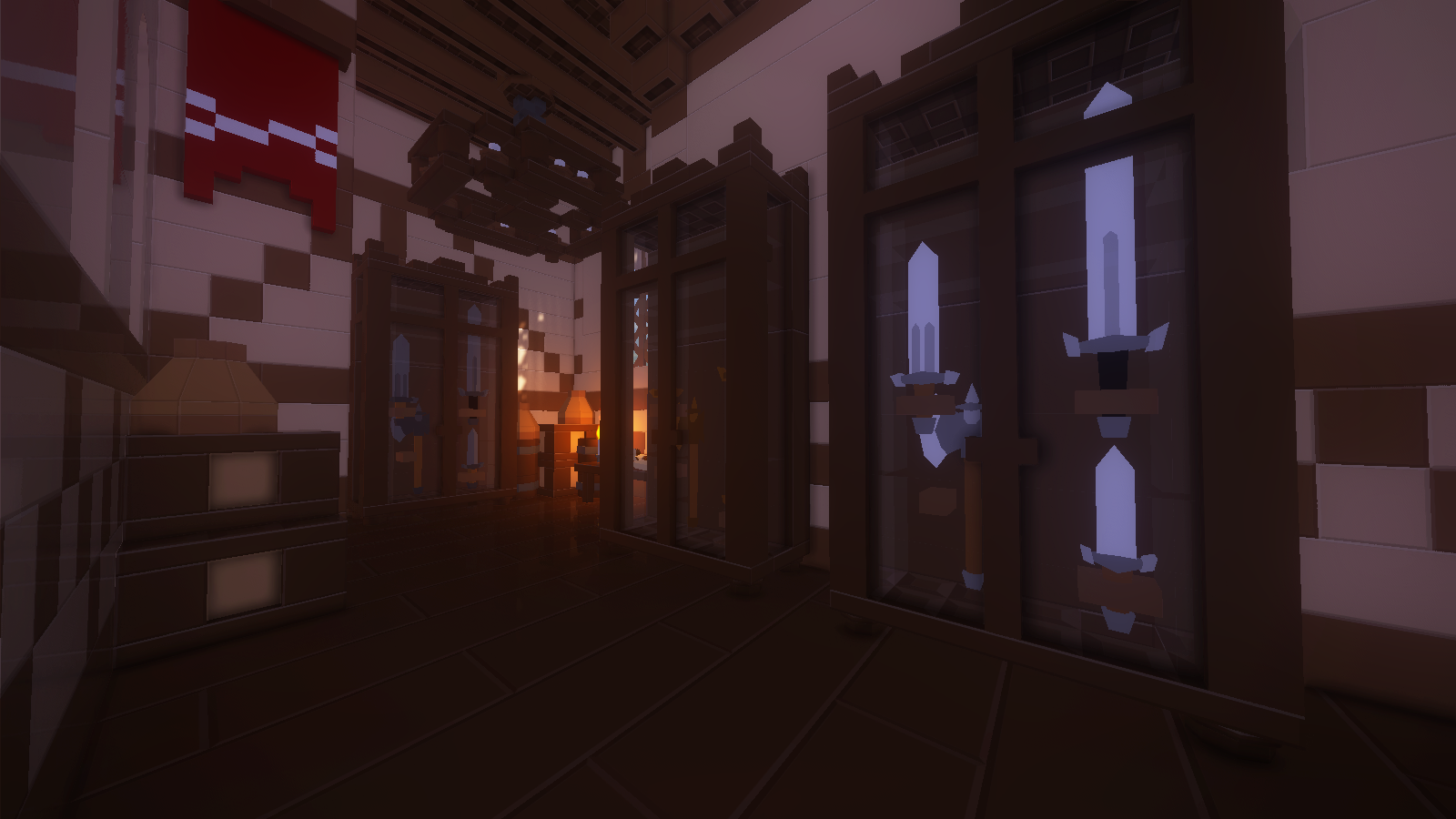 There are 5 melee weapon tiers. Each scaling in strength, from weakest to strongest, there is Bronze, Iron, Steel, Mithril, and Adamantite.

In each melee weapon tier, there are also different weapon types that have different strengths, again weakest to strongest is Dagger, Shortsword, Battleaxe, and Longsword. There are additional weapons, that have the same stats as their corresponding types, but a different appearence. The variants are...

These variants can only be found in the dungeon from dungeon shops or boss/miniboss drops, whereas the basic design can be bought in town. Here is an example of every melee weapon type...

All basic melee types and tiers can be purchased in town (except adamantite), they also all have the same reach and attack speed. But each has different damage...

Can be bought at spawn from the armor shop. As well as Tier 2 armor (Chainmail Armor) is an uncommon drop from Bosses.

*Holy Knight Armor is only obtainable for lawful players. It is received from a Lawful altar in the dungeon. Upon interacting with the altar and the player having Heavy Plate or Magister Robes in their inventory, they'll be prompted if they'd want their armor to be transformed. If they accept, their armor will be transfigured into the Holy Knight Armor. In the case of having two armors that can be transfigured, Sarmina will opt to transfigure the armor that comes first in the player's inventory.